It was only suppose to be a phase.

By the time I came along, my parents had already honed their child-rearing skills from practicing on my older siblings; I’m sure any shock value I brought into the home had already been played-out. To them, punk was just a phase I was going through. My mom told me that my oldest brother had a hippy-Jesus moment. I remember finding his brown leather fringe vest with Jesus patches in the basement; it looked like something that would pair well with moccasin boots. My parent’s leanings were more socially conservative; after all, my father was a former Air Force master sergeant. It was ok to be into punk but leaving the house looking like one was an invitation for a good whacking with his belt; my hand-drawn band shirts and ripped jeans initially stayed in the closet. When Jimmy spent the night we’d spike our hair with Knox gelatin, one time we tried adding food coloring only to learn that it stains your skin. Writing band names on the backs of used army jackets from second-hand stores and making homemade band t-shirts was our version of arts and crafts. Sneaking our homemade fashions to school was another challenge. The trick was to run from the school bus to the bathroom for a quick wardrobe change and do it again after the last bell hoping not to miss the bus.
Aside from getting bullied and a couple of fistfights, the remainder of seventh-grade was gradually getting more involved in music and making like-minded friends. There was a small clique of us punk and new wavers that started hanging out in what was called the commons; wooden benches surrounded by pale yellow brick walls. One of my closet friends C.R. Smith (RIP) got into skateboarding and punk, plus I met Al Curatolo, Rob Wallach (Wally), Stephanie Sheer, Frankie Martinez, Dylan Smith (RIP), Jeff Shesol, Diane Tomayo and a couple of others who identified themselves with this new style of music and attitude. Wally had connections with some of the older punks from the high school across the street who would help steer our aesthetics; Chris Clayton and Tommy Caldwell (Splodge) were the main culprits. We learned about places where bands played like the Mercury Cafe, The Packing House, The German House, and The Dustbowl from these guys; we looked up to them even though they would make fun of our homemade shirts. At the time, I’m certain they thought we were poseurs.

Jimmy’s father thought his family needed to pursue the American Dream on the edge of Aurora near the abandoned missile silos and the National Guard airbase. The landscape is how I imagined Kansas to look; flat and barren. At least in the winter we would occasionally cross country ski and when it wasn’t snowing we’d skate down blocks of unfinished houses, it looked like a manufactured ghost town. One snowy Saturday afternoon, we hid behind one of the contractor’s billboards and lit a small fire to keep warm only to accidently catch it on fire. We would spend the eighth grade and the rest of our school years apart; the commute to his new school would be an hour away. 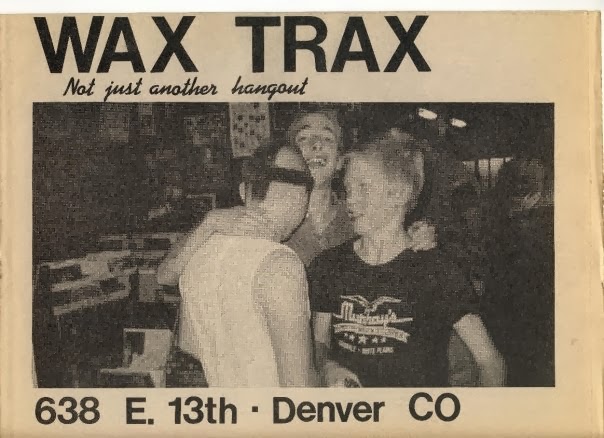 In one of the rare times of doing something punk related, without Jimmy, I somehow managed to convince my parents to stop by Wax Trax Records on the way to go visit my aunt who lived in the Lincoln Street Projects. I saved up my allowance and lunch money, and if I knew I could make money donating blood, I would have done that too. The record store is a Denver institution smack in the heart of the Capitol Hill. The Mercury Cafe was conveniently around the corner. Howard’s, the self proclaimed “world’s worst liquor store” was on the same block. The brown décor of Jim Dandy Fried Chicken tied the neighborhood’s ambiance together. 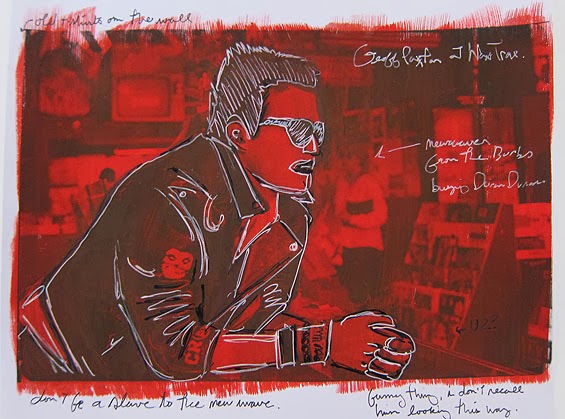 Wax Trax was certainly not my parent’s brand of music shopping; their first impression was an assault to the senses from the posters, fliers, and music. They were caught off guard. After letting it all sink in, and feeling overwhelmed with excitement of finally stepping into punk rock paradise, I raced to the counter and asked where the hardcore section was. I was no longer in the shitty mall chain record shops with their pathetic selection; Wax Trax was indeed the promise land. I picked up Black Flag’s Everything Went Black along with their TV Party ep in which my dad said the people on the cover looked like drug addicts and drunks, I told him the cover mocked people who were addicted to watching TV, which was true. In retrospect, I’ve always had a suspicion that punks from my generation found comfort in 70’s television shows, there is a optimistic sense of nostalgia that is lived out in the likes of the Brandy Bunch and other family dramas and sitcoms, maybe it was glimmer of hope to the grim reality of high divorce rates and dysfunctional homes. Even the destitute Walker family living in the projects of Chicago in Good Times was an intact nuclear household. In addition to buying records; I asked if they carried the fanzine Flipside from the Rodney on the Roq compilations. It was sold-out, but one of the workers, Geoff Paxton told me about a new zine from the bay area called Maxiumrockandroll (MRR) and handed me an issue. It instantly became my hardcore punk bible; the pages were jammed with interviews, scene reports from around the country/world, and thought-provoking articles on social issues. What more could a budding young teen anarchist ask for. I would buy it every month for years to come, well into college. It was my first exposure to punk culture from a global perspective, it went beyond the southern California centered Flipside. 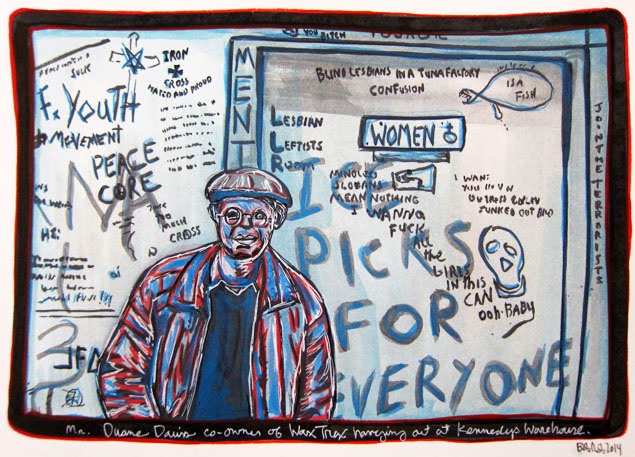 Special thanks to Ana Medina and Monica Zarazua for editing
Posted by Bob Rob Medina at 5:43 AM